And The Winner Is…

“And the Winner Is…” brings segments of a Q&A with the five Foreign Films directors nominated for the Golden Globes Awards sharing their thoughts and experiences on the making of their latest films. Angelina Jolie, Ruben Östlund, Andrey Zvigagintsev, Sebastian Lelio and Fatih Akin sat next to each other at the American Cinematheque’s Egyptian Theater and answered questions posed by the moderator, Mike Goodrich, on their films: FIRST THEY KILLED MY FATHER, THE SQUARE, LOVELESS, FANTASTIC WOMAN and IN THE FADE respectively, dealing with contemporary themes addressing the world today.

Angelina Jolie – Director of FIRST THEY KILLED MY FATHER

Loung Ung – Writer OF FIRST THEY KILLED MY FATHER

Ruben Ostlund – Director of THE SQUARE

Fatih Akin – Director of IN THE FADE

The day preceding the Golden Globs Awards night we sat at the American Cinematheque’s Egyptian Theater in Hollywood surrounded by a public of creative people from the filmmaking community. The Q&A was moderated by Mike Goodrich. The directors, in spite of being competitors, were friendly and unassuming. Although my preferred film among the very good five was Ruben Östlund’s The Square, whom we had encountered the preceding day at the Aero Theater in Santa Monica, I was very impressed by the humanity, eloquence and thinking of Angelina Jolie, well beyond her beauty and talent as an actress. Being acquitted with Cambodia’s genocide – back in 2008 we were commissioned to design a memorial in Long Beach, which has the largest Cambodian community outside of Phnom Penh – I thought that They Killed My Father First was important to raise the public’s awareness of the Cambodian tragedy.  The film was well crafted, besides its content.

Why was The Square my preferred film? Because I saw it as one of those films that mark a “before and after” point of reference, like La Dolce Vita in the 1960’s. It is a breakthrough in filmmaking, and I am glad that the Cannes Festival acknowledged that by awarding it the Palme d’Or. Many professional critiques disagree, and in fact, contrary to my predictions, the Hollywood Foreign Press Association did not award it, neither did it award Jolie’s film, which I considered the second best. The critique is that it is “disjointed.” Sure, and that’s the point. Östlund is perfectly coherent in the way he presents his social critique in a language consistent with the message. In a way, its satirical aspect reminded me the films of Luis Buñuel and the plays of Eugene Ionesco.

Fatih Akin’s input at the symposium was genuine. In the Fade is a very good thriller, but I agree with him that he would not have been there without the participation of Diane Kruger’s fabulous acting. The importance of this film dealing with terrorism and neo-nazi racism is that it focuses on the victim, rather than on the terrorists or the police investigators.

In Fantastic Woman, Sebastian Lelio confronted a difficult subject in telling the story of a transexual as a social message, to a great extent thanks to the performance of its star, Daniela Vega. He acknowledges that before the film he had had many prejudices about the subject, and only after long research he changed his mind.

Last but not least, Andrey Zviyagnitsev’s Loveless develop a theme that, unfortunately, it is quite universal: the victimization of children from an ugly divorce. The filmmaking is masterful in a  classical cinematographic way of painting a drama, but, like In the Fade, it is essentially a thriller.

Why would a filmmaker of architecture documentaries step on the field of feature films’ critique? An easy answer is ‘why not’? But the truth is that I see architecture as the ultimate expression of life itself, and it is nourished by all the arts and sciences. In many ways, I find that architecture and filmmaking have a similar process. As a personal note: in my first year at the School of Architecture of the University of Buenos Aires, we had a course named “Cultural Integration,” taught by Jorge Romero Brest. As part of the course, we had to go to watch assigned good cinema (Fellini, Antonioni, Tati, Kurosawa) every Saturday morning, and write a review by Monday. It was the way the school saw how to develop critical thinking in students that didn’t know a jota about architecture.

“And The Winner Is…” Obviously, YOU! 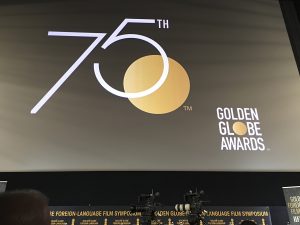 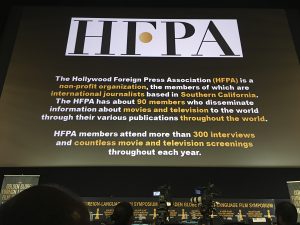 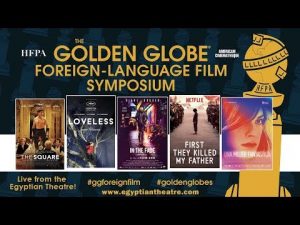 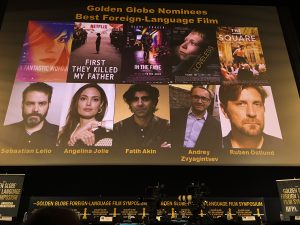