Building Entryway Treatment and the Sense of Arrival

The feature image, reprised below, illustrates what the entryway of an apartment building, located in a select neighborhood, can encompass: 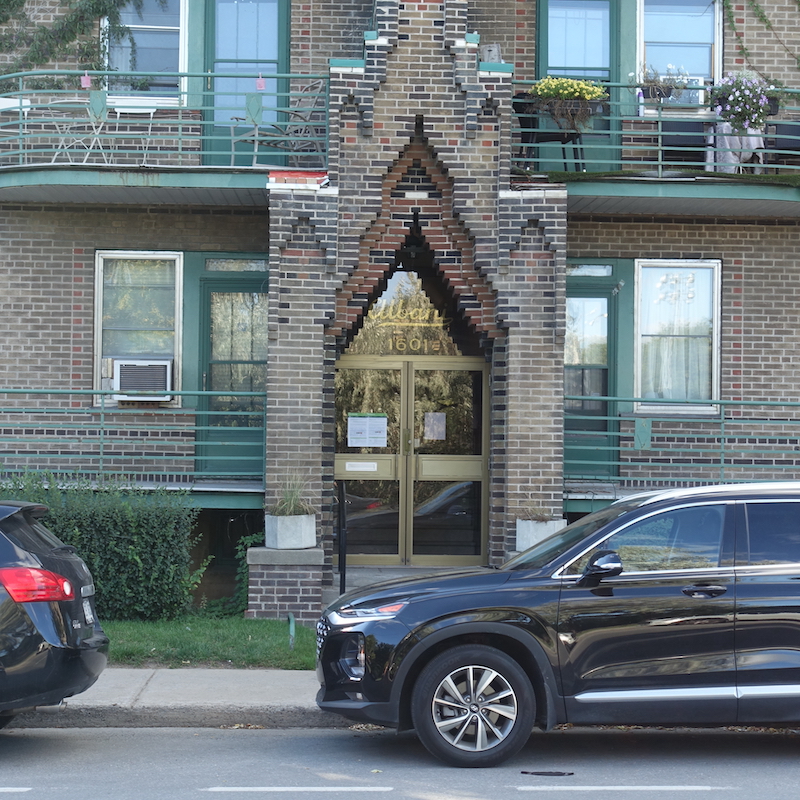 The following examples will illustrate the gradual increase in perceptual quality of selected apartment buildings entryway treatments in my immediate conventional neighborhood.

The minimally treated façade bound scheme, whereby the change of material around the door is perceptually enhanced with a slightly recessed placement of the door, accommodating a single step mini-landing transition from outside to inside the building. 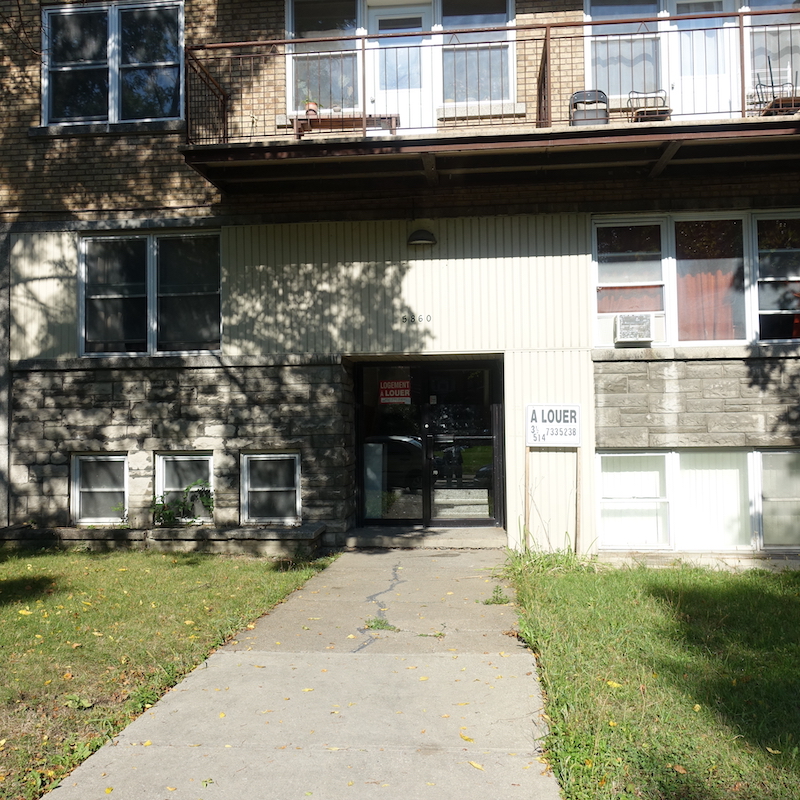 The façade bound decorated scheme whereby the entryway is not only framed with a reminder of a classic frontal colonnade, but is also located atop a series of steps which, with handrail, night lights and creeping ivy, clearly identify THE entry doorway. 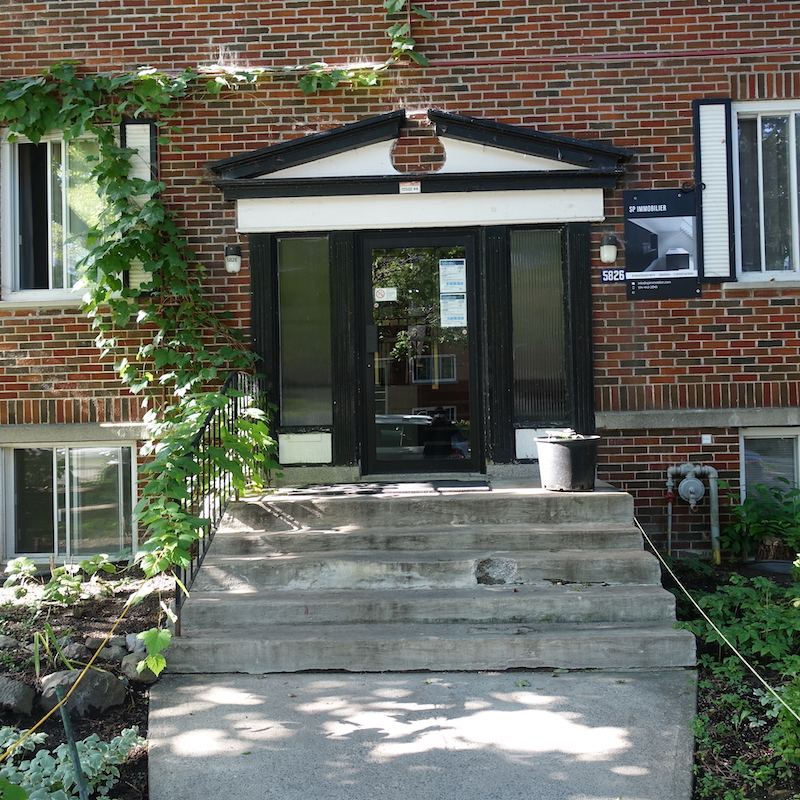 The improved façade bound scheme with transition providing extension, whereby the entryway, is made noticeable by the addition of projecting planters delimiting two small landings two steps apart extending to the sidewalk with a noticeable landscaped walkway. 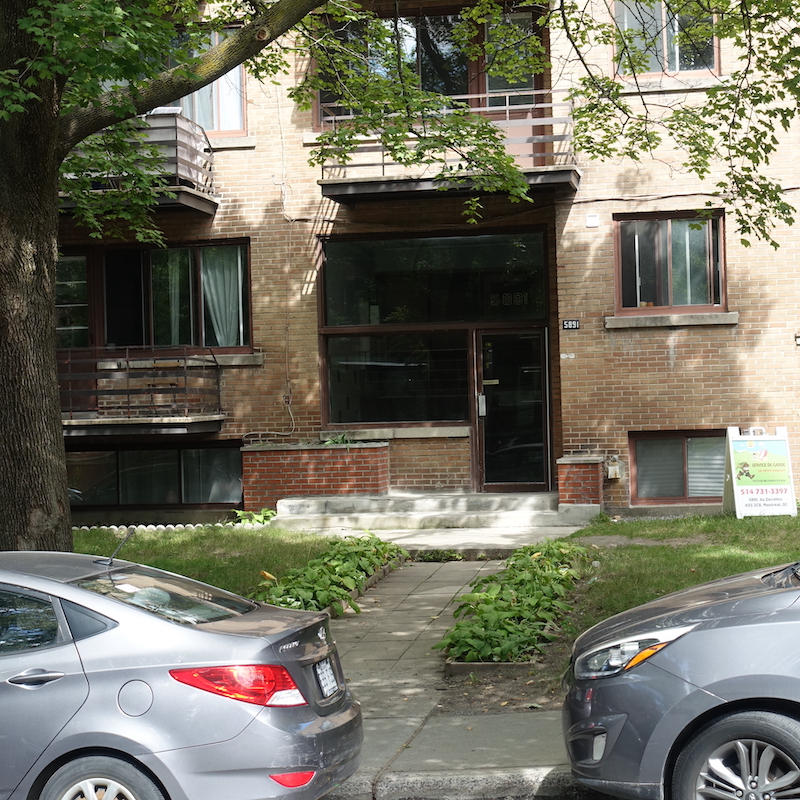 The façade bound scheme with a projecting cylindrical awning, whereby the sides of the entryway are treated with concrete block finish, helping one to locate it at a distance.

Noted is the row of light-bearing posts, leading to the entryway from the sidewalk, and adding a ceremonial sense of arrival to the experience of entering. 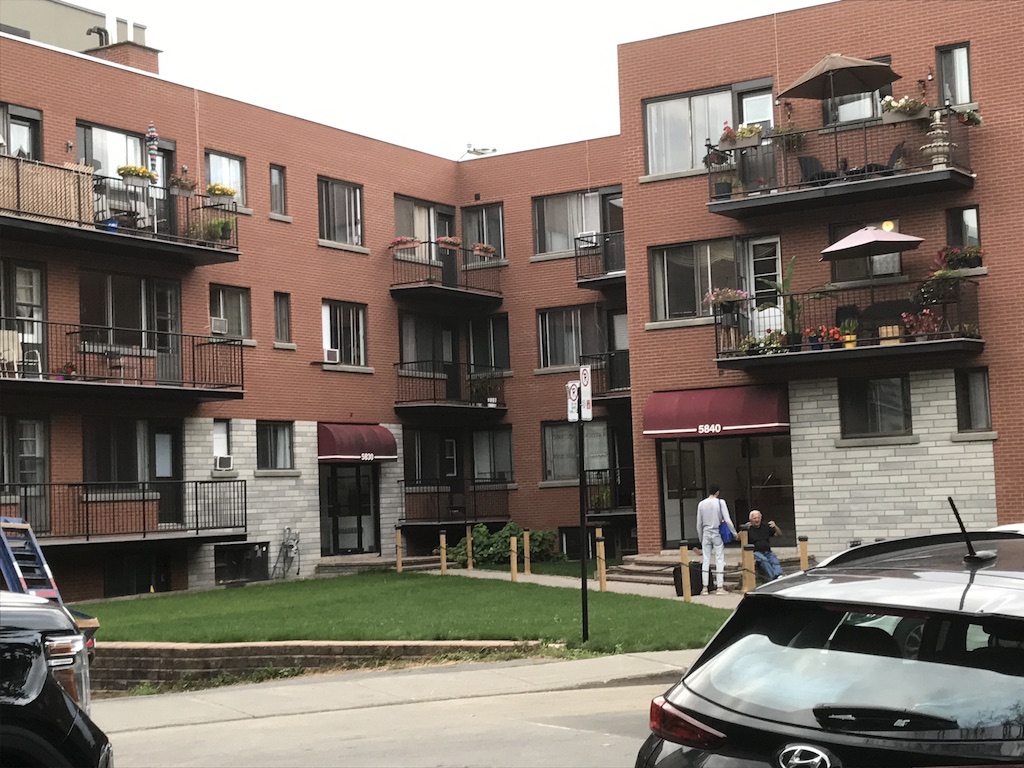 A certain humanistic conception of “architecture” would define its essence in the meaningful physical, functional and social presence of a building.

The entryway treatments presented here aimed to illustrate the gradual reaching for that state, from a hole in the wall to a spatially articulated and lit up walkway from sidewalk to entryway.

Credit all photographs to Maurice Amiel

2
Tags:
Previous Article
The Sitayana (Or How to Make a Triple Entrance)
Next Article
How do Tourist Destinations Try to Market Themselves to Attract Certain Types of People?