Los Angeles has a new icon: the spherical Geffen Theater, a state-of-the-art place for film projections designed by Pritzker Prize-winning architect Renzo Piano. It is part of the Academy Museum of Motion Pictures Arts and Sciences, inaugurated last September. 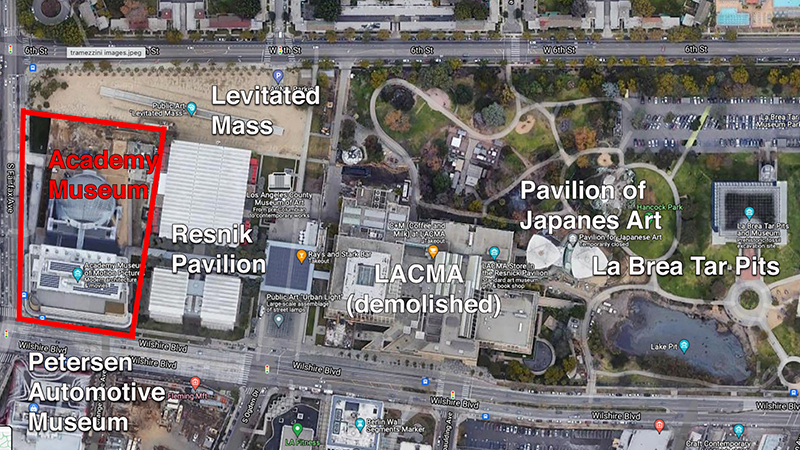 The Academy Museum in the context of other buildings

The City of Angels is not short of icons, but few have visual clarity. The most explicit are the Theme Building at LAX, the Hollywood Sign, the Watts Towers, and the Disney Hall. To these, the Geffen Theater marks a significant addition. It becomes even more important because it is linked to the adaptive reuse of the May Company Building of 1939, now renamed the Saban Building.

The Geffen Theater, a concrete-and-glass sphere -150 feet in diameter – on the north side of the museum, seems to be suspended in space like a spaceship from another planet that just landed. It was first called “Death Star,” like the space station and galactic superweapon featured in Star Wars. Piano detests that label! He suggests “Dirigible,” “Zeppelin,” “Spaceship,’ “Flying Vessel,” “Soap Bubble.” I would call it “The Geffen Sphere.” Geffen means grapevine in Hebrew. The theater’s shape relates to the spherical grapes that produce the human finest drink, wine.

The museum is amid eclectic surroundings. The neighboring Pavilion of Japanese Art, designed by Bruce Goff and realized by Bart Prince, is the jewel of the lot. But there are others. The functional yet not exiting Resnik Pavilion, also designed by Piano; Michel Heizer’s “Levitated Mass,” intended to be a “large-scale” 340-ton granite megalith that in reality will remain minuscule in relation to the surroundings; across the Saban Building, the exhibitionist Petersen Automotive Museum red box structure wrapped in a series of convulsing steel ribbons; the now-under-construction $750-million LACMA Museum expansion, designed by another Pritzker Prize-winning architect, Peter Zumthor; and further away, the La Brea Tar Pits Park and Museum define a prehistoric area in total contrast to the Geffen Sphere’s modernity.

Some Details of the Academy Museum

Piano stripped the former May Co. department store to its bones. Then he created an atrium that contains the escalators and the elevators. A glass curtain wall entirely replaced the north façade of the Saban Building. The two parts of the building are connected by filigree steel-glass bridges. The bridges consist of glass roofs and parapet glazing. The museum’s massive, 690-panel theater is supported by four columns with seismic isolators and can move freely up to in an earthquake. The Geffen Sphere is covered by a steel-glass dome that has been manufactured and installed by the German firm Gartner.

“The idea of the sphere,” says RPBW project architect Jonathan Jones, “was to create an otherworldly object that transports you, as movies do.” With most of its form hovering above a pedestrian plaza, the sphere was envisioned, explains RPBW partner Luigi Priano, “almost like a spaceship—levitating above the ground, as if ready to take off as soon as the movie starts.” 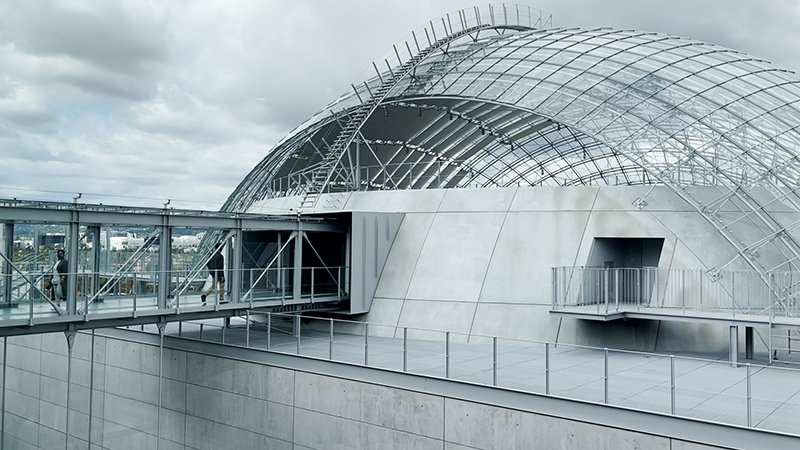 Bridge between the Saban Building and the Dolby Family Terrace 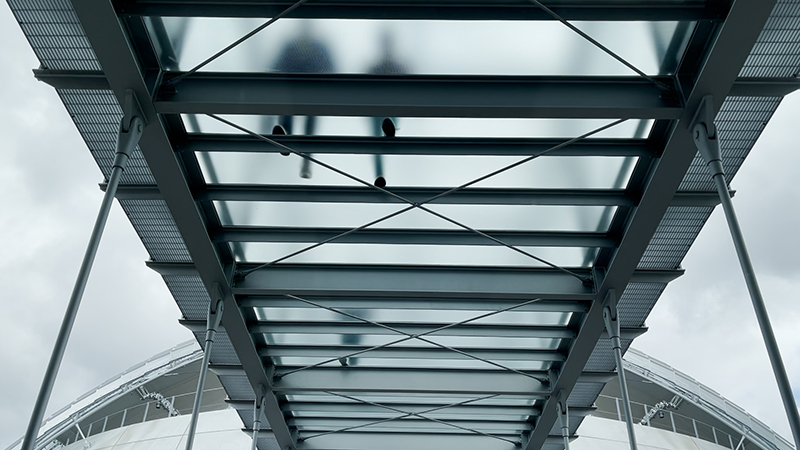 Under the bridge to the Dolby Family Terrace 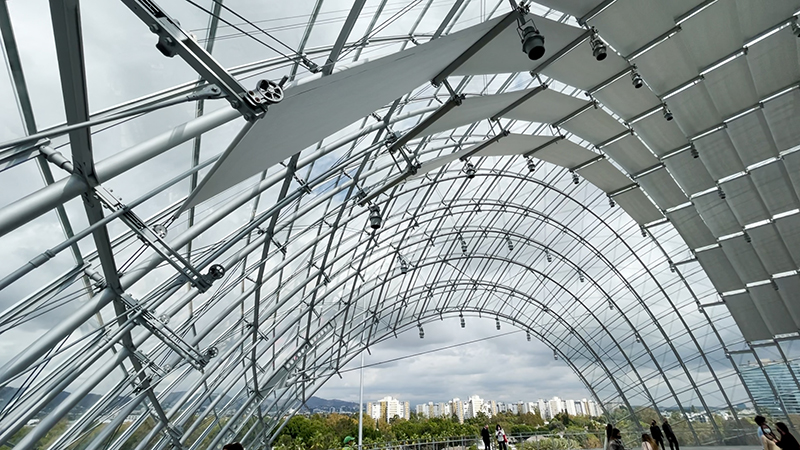 Steel and glass dome over the terrace 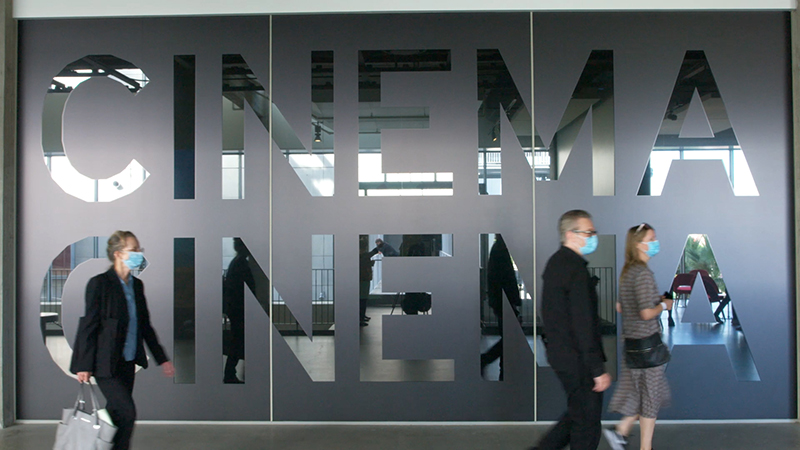 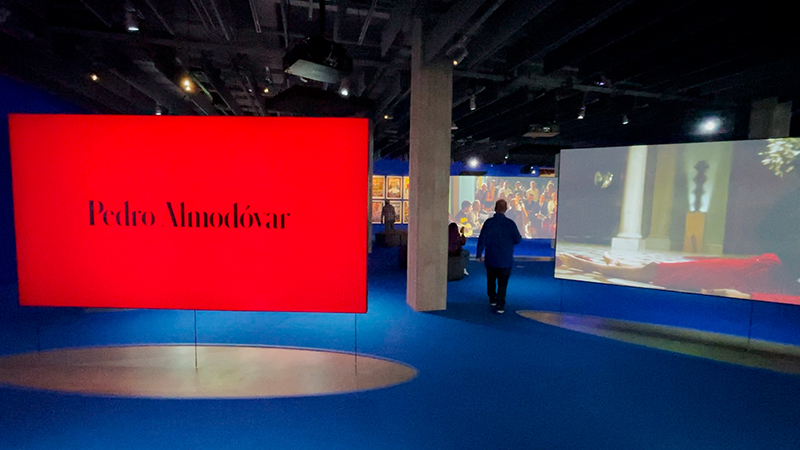 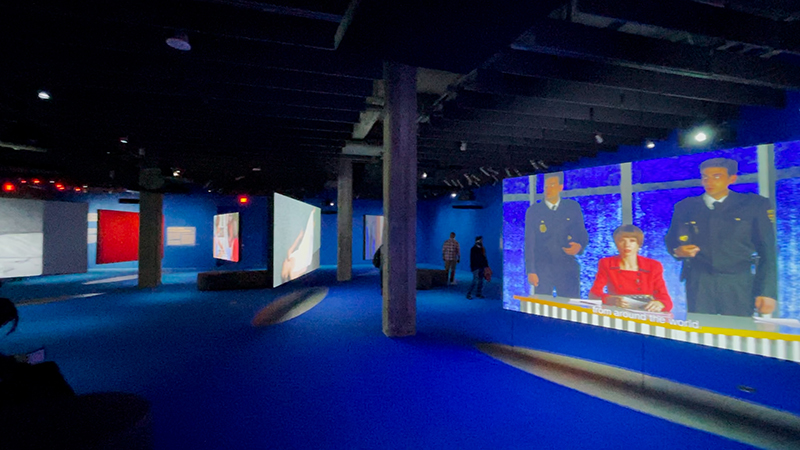 One of the exhibition areas for movies 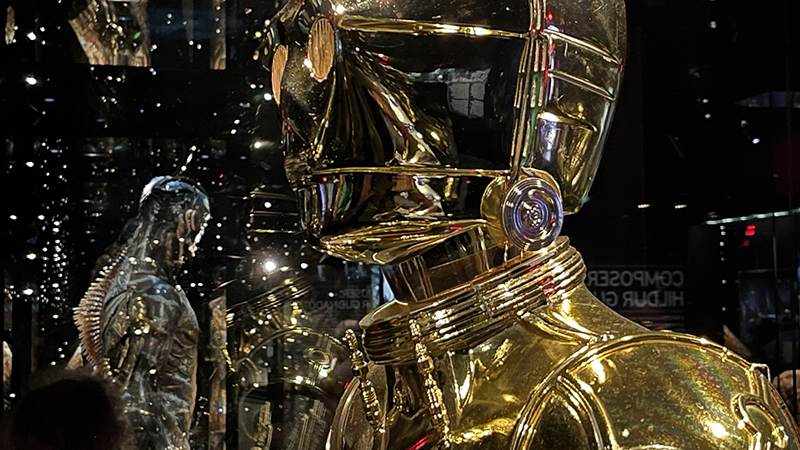 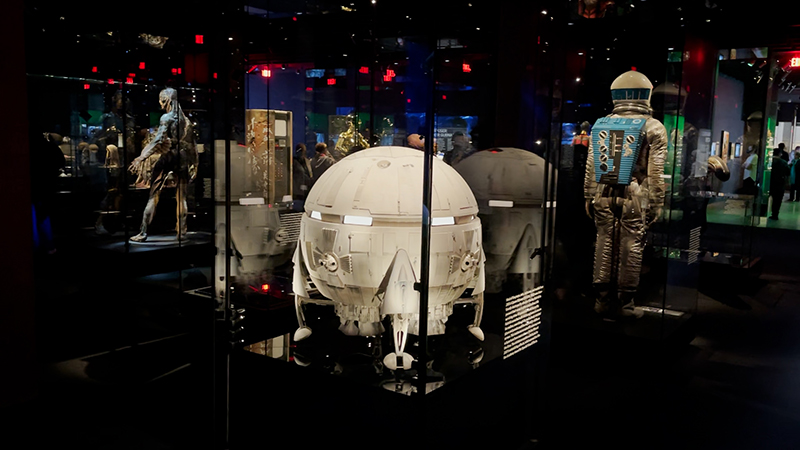 Model of R2-D2 Robot – From the Star Wars movie 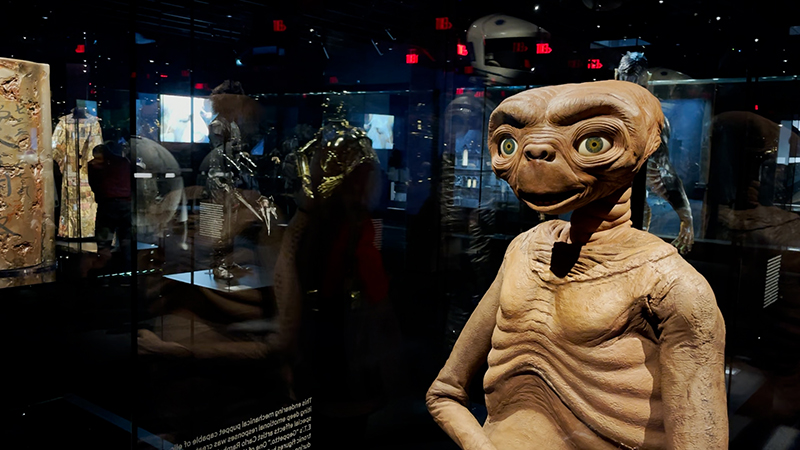 Unlike many famous architects, past and present, Renzo Piano is not a mannerist of his style. He confronts projects open-mindedly, relating to the surroundings in many different ways. In the building that made him famous, the Pompidou Center, Piano and his British partner, Richard Rogers, approached the Parisian project through total contrast. On the other extreme, at The Fondation Jerôme Seydoux-Pathé, he developed the building inconspicuously, behind an entrance made by young August Rodin. In my film As We Saw It- Paris Builds, you may appreciate the contrast between this poetic project and Paris’ new huge Palais de Justice.

Beyond becoming a new icon in Los Angeles, the Geffen Sphere is a new landmark of architecture from now on.