If a Haiku is the written record of the conscious experience of self in situation and of “pure awareness” of the moment, a sketch can be considered as the drawing equivalent.

This piece aims at connecting the drawing to the writing, the first having preceded the second in providing what Allen Ginsberg has described as a “leap of the mind”.

The title of this piece refers to the fact that the third line in a traditional Haiku does seal that leap, role given here to the drawing.

The breakfast finished
Its tastes and smells receded
A morning syntagma (*) 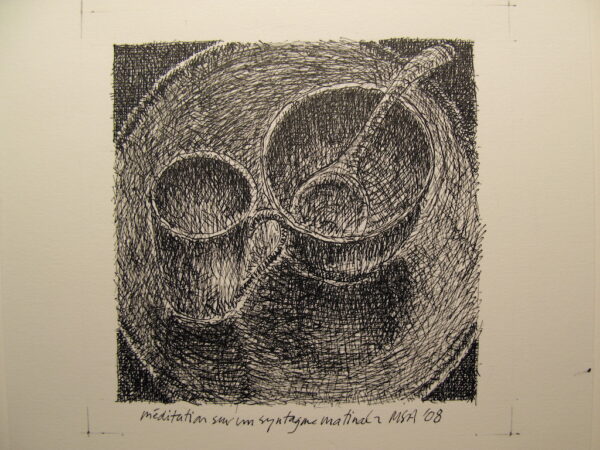 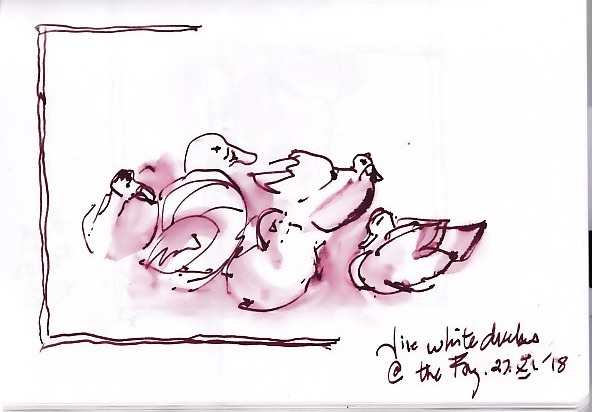 Searching the orchard
Behind the row of trees
Number 2276 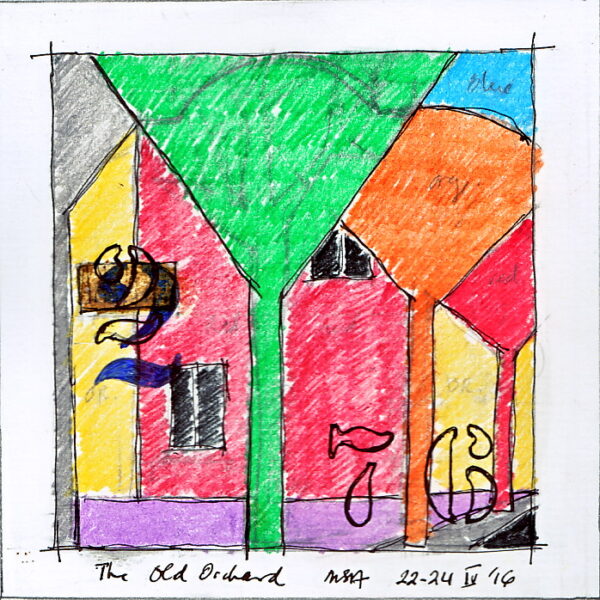 The rock at Pine Point 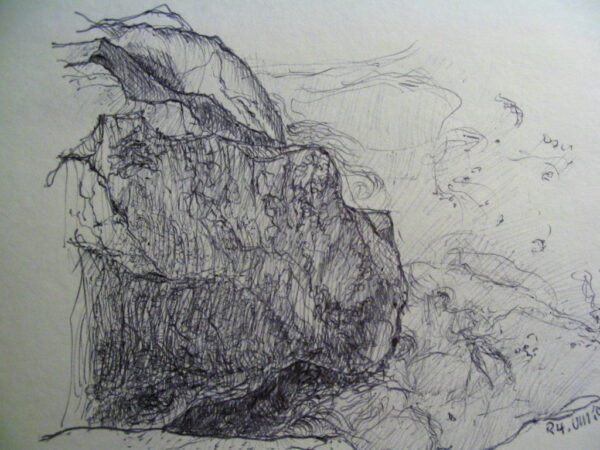 Splendor in the grass

In the poem?
No, in the back yard
A spluttering of colors 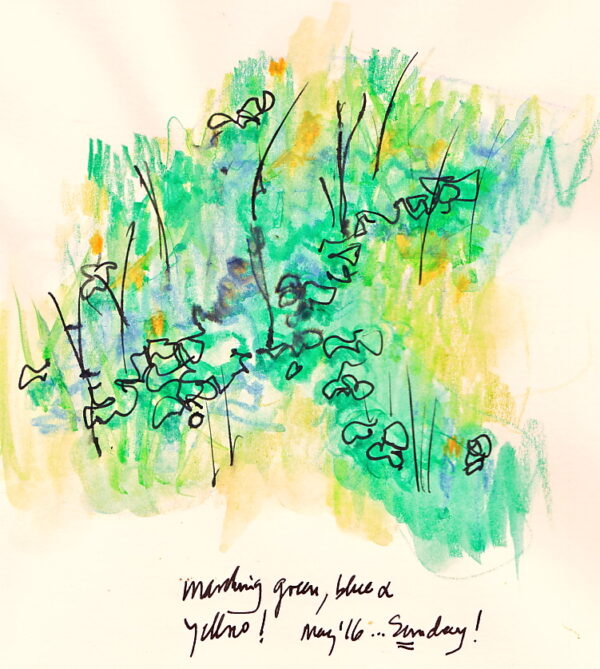 A spluttering of colors

All drawings to Maurice Amiel

(*) A syntagma, in linguistics, is an “elementary constituent segment of text” according to Wikipedia

Tags:
Previous Article
LIFE AFTER MILKBONE
Next Article
I Am Not A Virus